For NBA 2K17 gamers, making balancing team budget is one of their season goals.

There are some players that can’t change the outcome of the whole game, but when chosen carefully and used properly, they still can positively impact your team for at least ten minutes a game. And particularly, it save a lot when building your team. 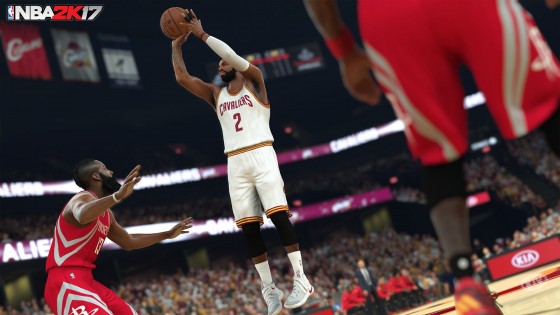 Dorell Wright is an NBA champion with the Miami Heat. He also played alongside Steph Curry for two seasons, making almost 40% of his three point shots. Not bad for a player, who started as an athletic slasher.

His sweet touch is also present in this edition of NBA 2K17, although he is not as good as in previous editions. Even in NBA 2K16 Wright was a potential starter, who could knock down key shots in important games. Now he’s just OK, but more than worth the minimum contract. Apart from shooting, he is of little use – not a great defender with a low basketball IQ.

Jeff Adrien is a journeyman, who played for five NBA teams, as well as clubs in China, Russia and Israel. It is actually OK to feel sorry for him, as Adrien should be an actual starter in the NBA – when allowed to play more than 20 minutes a game, he posted solid numbers (almost 11 points and 8 rebounds in 28 games) for the Milwaukee Bucks.

You should give Adrien a shot, if only to feel good about yourself. He is not tall for a power forward (just 6’7″), but can outbox bigger players and grab a few rebounds with ease. With his easy-to-master release, he is also a surprisingly good free-throw shooter, even though his rating is under 70.

Cunningham also plays in China, on the same team as Blair – the Jiangsu Tongxi Monkey Kings. There is a fair chance that after learning this, Monkey Kings will be the name of your new custom team. If so, do remember about the two players who play for the actual Monkey Kings. Had to write that again, the name is so awesome.

What makes Cunningham better than Farmar is his release, which is very easy to master. Cunningham is also younger and quicker than the former Laker, possesing the potential of becoming a reliable backup. He is a good perimeter defender, with reach that makes for some easy steals to start fast-breaks ending in dunks.

Review: Solid inside scorer (B-), Very good rebounder (B+)

Blair’s potential was limited because of injuries. He was a starter for two seasons for the Spurs, but was never healthy enough to make as big of an impact as he should. Blair is only 27, but is out of the NBA, playing in China.

The power forward/center is more than a big body in the interior, as he can actually shoot and rebound. Blair is a strong player who can actually stay healthy when used moderately. For limited minutes he can be a solid backup to your star big man.

Jordan Farmar is a two time NBA champion, who never got a chance as a starter in the league – do you see a pattern here? – but was a reliable sixth man for the Lakers and the Nets. The fact that he could not beat aging Derek Fisher for the starting position validates his spot on this list.

In the game Farmar is a good shooter and a good passer. The reasons why he’s only third are: his release and his defensive woes. Farmar is not as quick as the number one on the list and his release may be tricky. A longer release makes for a better shot, his is rather short. Farmar can dribble and pass, but is slower than many point guards in the game.

Let us know what you think of these players. Stay tuned to U4NBA for more guides on NBA 2K17 and more.