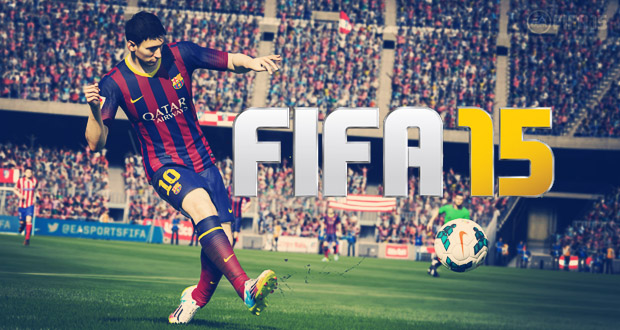 Being a fan of the Fifa series, it is easy to outright defend FIFA’s annual release cycle and say it is so much better than the previous versions. In some cases this year that is inherently true, the PC version for example makes good use of the Ignite Engine for the first time, where the PlayStation 4 and Xbox One versions bring the subtle engine changes across.

First off, controlling the ball is even more like juggling a slippery bar of soap than last year. Every contact big or small with boot, body or ground has an effect on the ball, often sending it spinning and bouncing around like a deranged pinball. It makes plotting the ball’s movement trickier but does lead to some great goalmouth scrambles.

The player animations are a treat to watch, however there are times where the bugs rears it’s ugly head. With so many animations and artificial intelligence code flying around, you will find the odd player stuck in an animation. Also over the course of a game you will find the animation slowly getting a bit jittery, not quite as smooth and seamless.

Bridging the gap between videogame and reality is the brand new Match Day Live centre, which is streamlined to fit the team you support and the league they play in. Here you can play your team’s next match, view the league table and top scorers, as well as read stories based on real world events and happenings. This is a nice way to personalise your Fifa experience and catch up on anything you missed over the Footballing weekend.

Finally, for some reason I find the pre-match training sessions less irritating than I did with previous iterations. Perhaps they are quicker, or the gameplay is just a little better. So the gameplay is what it means to be. And that means that FIFA 15 comes into its own. Because all of the other stuff is superb.