Do you know you can travel through time to craft the perfect dungeon in PoE Incursion League? As we all know that the new expansion, which launches on June 1.

It has the speed of Breach with a deep strategic layer evocative of Bestiary. Oh, and you also can screw with the time continuum, u4gm looks forward to its arrival just like you.

Back to the Future

Incursion focuses entirely on an ancient Vaal treasure temple called Atzoatl that was lost after the Vaal Cataclysm. No one knows where to find it, but a new character called Alva Valai has a hypothesis on how to uncover its location. As players enter each new area during a regular campaign, they’ll encounter Alva standing next to some Vaal marker stones. 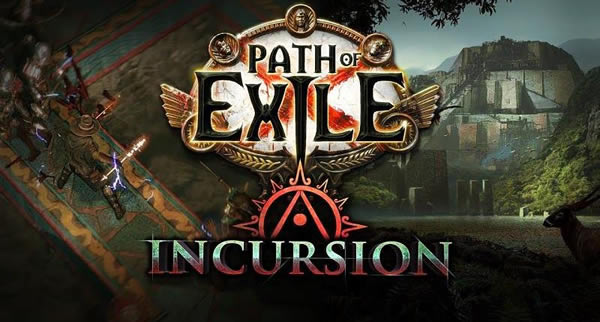 These incursions send you into a random room within Atzoatl in the past where you’ll only have a limited amount of time to kill all the monsters found there. Each kill grants you more time, but you’re still going to need to move as fast as you can. Because this section is so time-intensive, there’s no need to worry about picking up items or managing your inventory.

A bar on the bottom of the screen tracks your progress toward killing every monster in the area and, once the timer runs out and you’re sent back to the present, all the items you would have accumulated spill out in one glorious fountain of loot.

The architect in the room

That’s still just scraping the surface of how you can shape Atzoatl’s present-day version, however. When looking at the map that Alva shows the player, each room of the temple has a function that might be of interest to them. “Every room has things that it adds to the temple,” Wilson explains. He mentions a Vaal breeding grounds room, which increases the density of monster packs around the present-day temple. That’s a good thing because more monsters means more killing.

Like passages, players have agency over which rooms spawn in their version of Atzoatl, too. In the past, each room you enter has two architects that are competing with one another to shape the room according to their design.

If I enter the Vaal breeding grounds, for example, and kill the associated architect, the competing architect has free reign to transform the room into whatever his specialty is. If, however, I kill that competing architect instead, the Vaal breeding ground architect will upgrade that room, making it a tier two version with stronger effects – in this case even greater monster density. Each of these rooms can be upgraded three times in this way.