In fifa 14 UT I won division 1 over 30 times, I won with my legends team, won with a sweat team, full toty and full tots teams, won with silver skills team and even a Norway bronze team, but when fifa 15 came out I couldn’t defend, my attacks were rubbish and I just hated the game. I decided to start from the basics and rethink my team and strategy, and this is what I figured out. 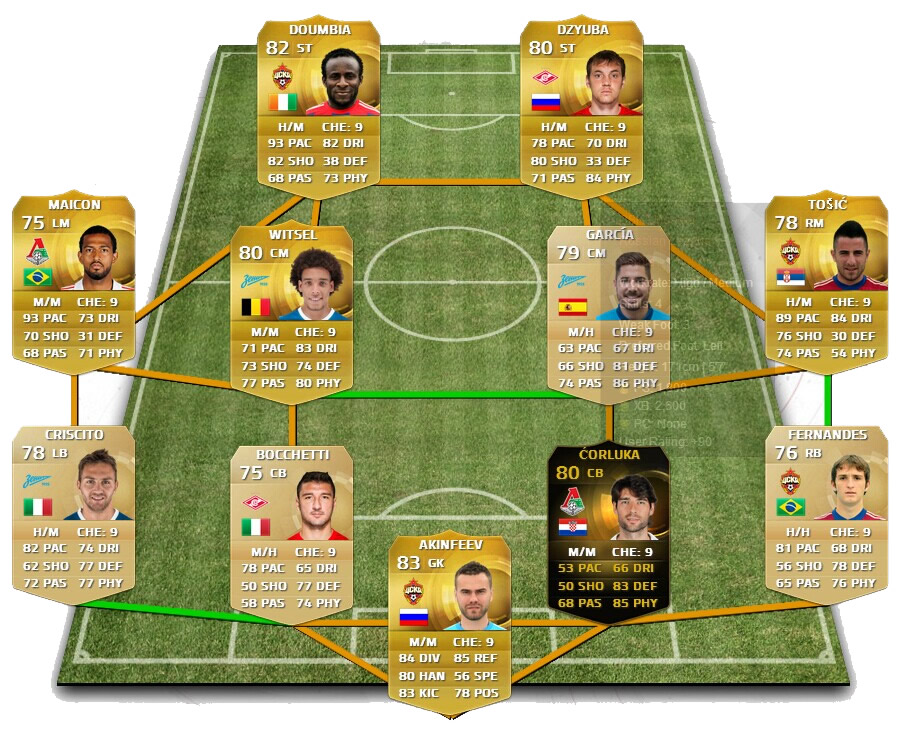 Use the 442 formation, everyone underestimate this absolute classic formation because it’s not as flashy as 4231, not as dynamic as the 352 and not as widely used as 41212. But the pros of using the 442 is that it’s flexible and solid all around.

Defence
With this formation the back four are solid and they won’t move out of position and when u attack they will press the middle of the field along with your 2 cm’s causing the available space for your opponets to be limited, think of it like the defense and the attackers are squeezing the middle of the field causing way less space to operate. Why is this good? It’s because passing is easier and more effective, short passes and 1-2 passing are easy to use while your opponents players will be forced to squeeze into a tighter space making it easier for u to find open spaces. Many of you younger fans might not know of a man called Arrigo Sacchi. Ex Milan coach who revolutionized football in the late 80s and early 90’s with his ac Milan team playing 442 and causing opponents all over the world to watch on in amazement as his team wreaks havoc in all competitions. I copied this style of play from him and used it in fifa.

Attack
ok here is where u can be creatiive. U can either play with 2 strong st like lewandowski and Ramos or 2 speedy st like doumbia and must or a mix like giovinco and llorente. Personally I switch it around but if you are new to this formation then I would stick with 2 fast st then transition to bigger strikers.

1.Go to instructions and order 2 of your strikers to get in behind and drift wide, this will make them run and fin space and your midfielders can pick them out.
2. Order your cm’s to get forward and the other to stay back.
3. Your tactics should be possesion play and team pressing. This will cause your opponets to run into a wall and have less time deciding what to do as you r giving them pressure as well as squeezing the space of play available to them.